Wolfgang Schulze Zathau  was a guest demonstrator from the Black country woodturners.

He gave a entertaining and instructive demo turning a beech bowl with a decorated beaded rim embellished with spirit stains, answering questions as they arose whilst demonstrating the correct presentation of the tools he used as well has how to remove the chucking tenon from the base of the bowl using a face plate and soft foam matting to cushion the turned face. 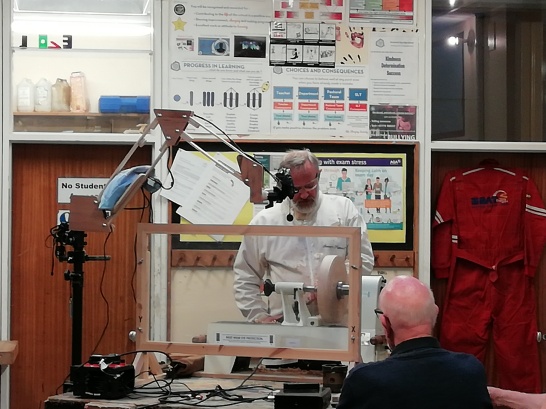 members & guests able to watch close up on the club projector

The unfinished piece produced on the night. 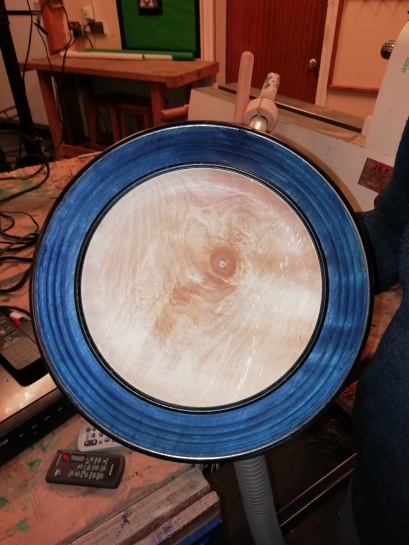 the base with tenon removed

Members thanked Wolfgang for the evenings demonstration, many having learned something new during the evening.

View all posts by divingdiynut

This site uses Akismet to reduce spam. Learn how your comment data is processed.