Another enjoyable, informative and as usual entertaining evening demo by Geoff who showed what could be turned from the odd bits of wood that you accumulate, he turned a small piece of yew eccentrically showing how it enhanced the grain pattern.

Then a mouse that had multiplied its family whilst inhabiting his work box showing the punch he had converted to produce the ears.

Followed by a vase from laminating 2 woods & finally a miniature goblet with a captive ring showing the home made jig he had made to hold the small square blank. 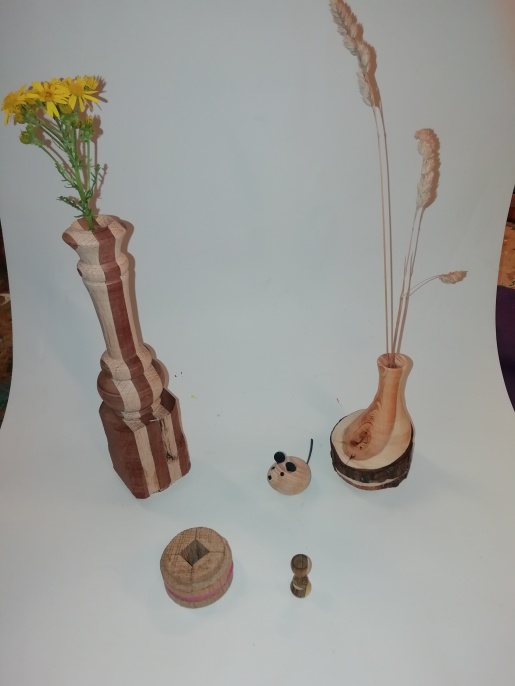 A yew vase turned off centre, the laminated vase both given to club members too complete. plus the mouse a miniature goblet & the home made jig Geoff used to hold the blank for the goblet. 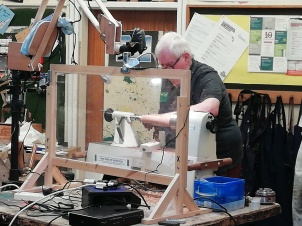 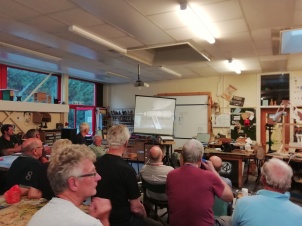 Close up on the clubs video set-up

Although only 26 members made the evening Geoff received a good round of applause for his instructive, humorous and entertaining demo.

View all posts by divingdiynut

This site uses Akismet to reduce spam. Learn how your comment data is processed.